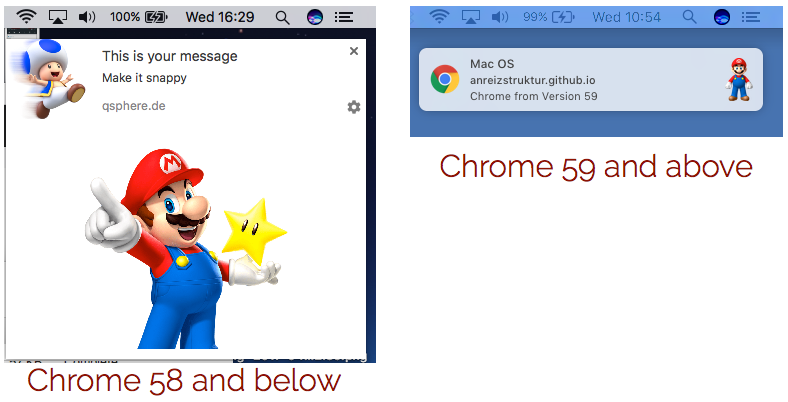 The new version of Chrome brings a slew of changes and improvements, one of the most important for us is a change to the way that web push notifications are handled on Mac OS.

Previously, Google being Google, they had used a similar styling for messages across all platforms. Apple being Apple, the look of those messages definitely seemed to clash with the overall aesthetics. Notifications from Chrome had square edges whereas all other were rounded, the background was a solid white whereas all other notifications were a silvery grey.

With the latest Chrome release, Web Push notifications sent to Mac users will now use Apple’s own design and generally fit in a lot better with the operating system - showing up in the notifications bar and being persisted on screen a tad longer than before.

You can notice from the screenshot that the sender domain is made much more prominent, coming between the subject and the message, and the Chrome icon is also included to make it more clear where the message originated from. One big loss is that large images are no longer supported: hopefully this is something that will come in a later MacOS release, we’ll keep you posted as and when any more changes occur.